Rumor has it that Sue Pearce was shut down by USDA on 11/28/2016 and the animals are being confiscated and sent to better, albeit not much better homes.  Some escaped the hell hole, like Mike VII who was sent to LSU, but it looks like the government is just going to do what they usually do; let some other bad actor step in and rename the place under their own, easy to get license, and continue business as usual.  In this case the new owners are Jeremey and Jaime Hargett.  This screenshot that they apparently posted themselves states pretty clearly who and what they are:

So, now these snake dealers are in charge of some of the most dangerous and magnificent big cats on the planet…and I’m betting the cycle of abuse just continues to spin out of control.  This is why it is so necessary to pass the Big Cat Public Safety Act.

Sue Pearce is the owner of Animal Adventures in Okeechobee, FL.  She at one time volunteered for Jeffrey and Barbara Harrod of Vanishing Species and took in their animals when USDA took away their license. Prior to that she took in animals from  Joe Schreibvogel who is the one of the most notorious exploiters of tiger cubs.  She has sold big cat cubs, including one cub to Kathy Stearns of Dade City Wild Things, another exploiter of cubs used to make money from petting. 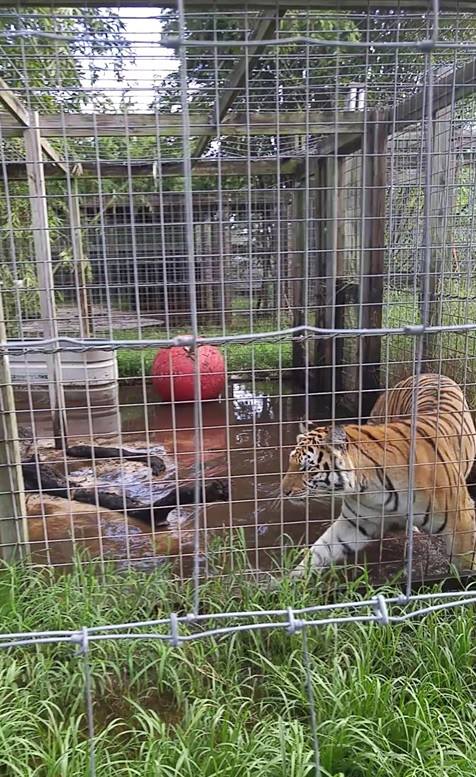 An individual we know has indicated that Pearce is working to separate tigers to avoid breeding, but to the best of our current knowledge Pearce continues to believe some big cats should be bred at her facility, which we oppose.

Viewers were told by Julie Scardina, SeaWorld/Busch Gardens Animal Ambassador that “This baby lion cub was bought online by a young person with no knowledge of animals or reality the cub is going to grow into a 300 lb lethal Lion. It is an ongoing investigation, the parents came home and went what the? and you know realized she was confiscated and in the middle of a court case. Sold online by an Exotic Breeder”

The female lion cub ‘LC’ was born in at Animal Adventures, Inc in Okeechobee, FL which is owned by Sue Pearce.  Where is LC now?

This is why it should be banned entirely.  You can help do that at BigCatAct.com

This letter to USDA shows that there are many other places as bad as this one, but year after year, despite being in non compliance with the laws, they are automatically renewed by USDA:  http://www2.nycbar.org/pdf/report/uploads/20072948-USDAAWAEnforcementAnimalReportFINAL7.31.15.pdf