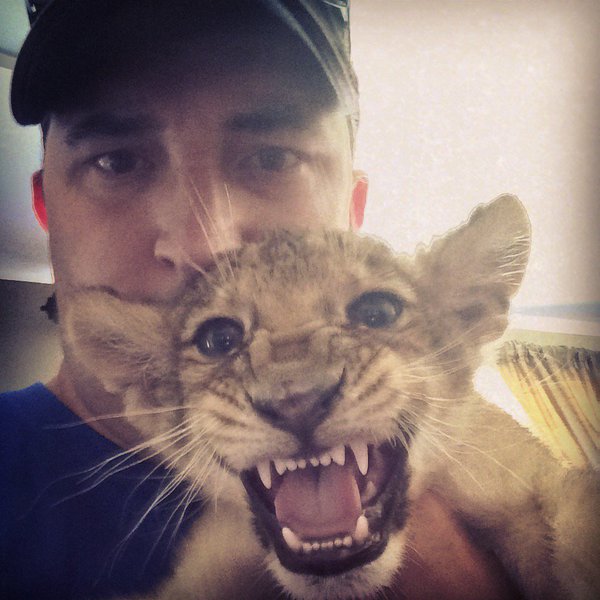 Nickel City Reptiles & Exotics is the business of Jeff Musial, a private exotics owner and self-proclaimed “animal expert” and “TV personality.” He operates a traveling animal exhibit and works with disreputable roadside zoos and breeders to rent out exotic animals for TV shows, movies, and parties. Musial has been frequently criticized by animal welfare groups and TV viewers alike for his exploitative demeanor and rough treatment of the animals he exhibits, with one blogger writing that “Mr Musial is more interested in a cheap laugh from the audience than taking care of the animals he treats as props. He handles the distressed animals roughly while the audience laughs and cheers.”

Musial has been cited by the USDA for repeatedly failing to be available for inspection and consistently failing to keep acquisition/disposition records on animals that he buys and sells, including a serval which he sold to an unknown buyer. In 2013, the USDA cited Musial for keeping highly social primates in solitary confinement, housing marmosets in a dirty, rusted enclosure, and confining a cougar in a barren, 8×8 foot chain link cage with no room to move. The cougar was reported to be pacing and climbing the chain link.

Many of the pictures from Musial’s social media pages/websites show him posing with exotic animals (in some pretty dismal-looking places) and bragging about his “zoo life.”  He is reportedly planning on starting a YouTube channel where he can show off his exploits and feed his ego. These pictures show the kind of person he is:

In 2014, Musial brought a monkey and a white tiger cub from the infamous Zoological Wildlife Foundation (run by a former drug kingpin Mario Tabraue with a history of animal abuse and murder), as well as a wild-captured circus elephant from Zerbini’s Two Tails Ranch, to the Tonight Show with Jimmy Fallon.

In 2011, Musial was pimping out tiger cubs for photos at the Erie County Fair for $1 a pop, as evidenced by his Facebook page.

In 2013, he returned to the fair with a tiny cougar (obtained at 8 weeks old from a roadside zoo, likely the notoriously cruel Pymatuning Deer Park which he’s affiliated with), and in 2017 he was exploiting a baby clouded leopard.