Lisa Lovelace appears to be a snake dealer from posts she has made on the Internet in iHerp.com and on facebook under the name Lovelace Exotics.  She is not licensed under this name with USDA to be breeding, selling or exhibiting wild animals.

It appears from public forums that she is infatuated with a show called Real Housewives of Orange County and is disliked by many of the other com mentors on that post.  That was just too much drivel to wade through but some there accuse her of changing her identity to hide her past.

At iHerp she claimed to live in Palm Beach County in 2009 but this arrest record was found in 2007 in Gainesville, FL. 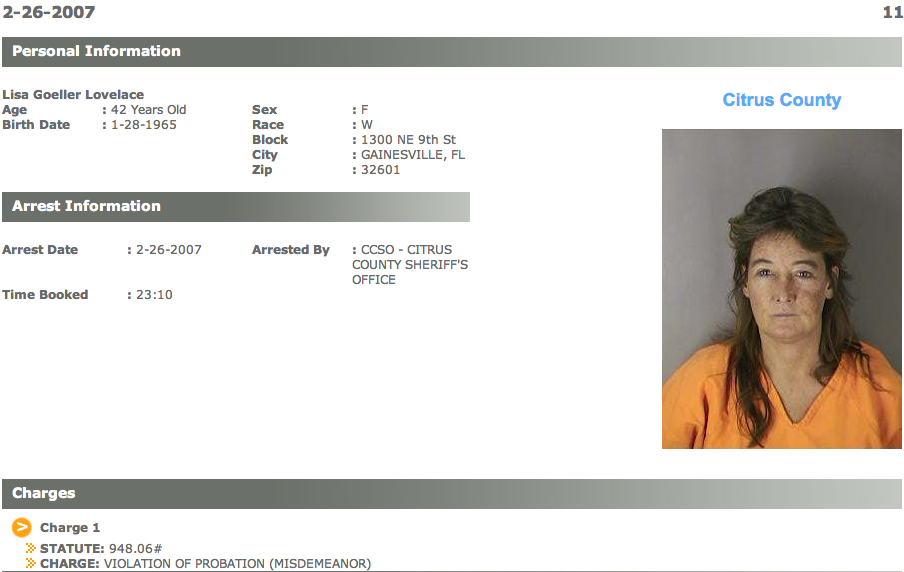 She has filed false complaints against Big Cat Rescue and posts slanderous lies about Big Cat Rescue in public forums.   Since she has apparently never had any dealings with Big Cat Rescue, it can only be assumed that she does so because of their work to end the trade in exotic animals as pets.  Big Cat Rescue was a leading proponent of the ban on pythons in FL.