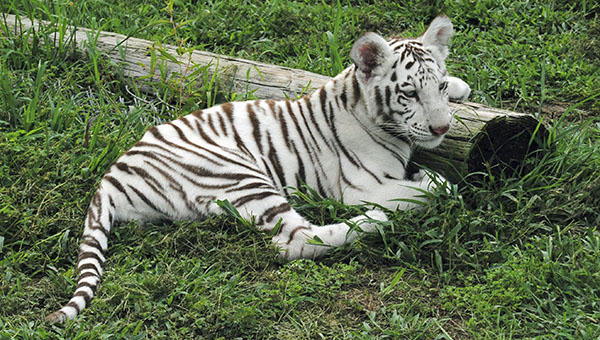 According to the Virginia Department of Game and Inland Fisheries, two permits that allow Bear Path Acres to handle and exhibit wildlife have been suspended due to violations. The suspension of the Virginia Wildlife Rehabilitator Permit and the Permit to Exhibit Wildlife Animals in Virginia has forced the roadside zoo to shut its doors for the time being.

Under the Code of Virginia 29.1-521, the VDGIF is authorized to permit periodic inspections to facilities and to insure conditions are maintained to rehabilitate animals for return to the wild.

Calls were put into Jeter for comment, however, all attempts were unsuccessful.

The DGIF is still investigating this situation. More information on this matter will be reported as it becomes available.

The United States Department of Agriculture’s Animal and Plant Health Inspection Service issued an official letter of warning to Bear Path Acres Animal Education Center Inc. on May 24, The Tidewater News has learned.

Inspections completed on Feb. 11, Sept. 15 and Nov. 13, 2015, found Bear Path Acres in violation of three statutes of the Animal Welfare Act. Inspectors found that the facility did not provide proper shelter from inclement weather for the animals kept outdoors, and that the outside exhibits were not outfitted with the proper drainage, which left standing water covering most of the animals’ enclosures. Finally, it was suggested that Bear Path Acres had not been attending adequate veterinary care to the animals.

Debbie Jeter, is the founder of Bear Path Acres.

Lewis Crary, spokesperson for PETA, said “We’ve been tracking them for years and they have a very long rap sheet of USDA violations. PETA encourages everyone to steer clear of Bear Path Acres and all other roadside zoos.”

When asked to comment, the USDA provided The Tidewater News with a copy of the latest inspection form, completed on May 4, 2016.

This report stated, “that there were significant amounts of standing water and/or mud in multiple enclosures.”

See the multiply violations dating back to 2013.  USDA removes these inspections randomly, so we do not have access to their inspection reports from before 2013.