at Columbus Zoo And Aquarium

To get more publicity the Columbus Zoo took the tiger cubs to be handled by staff and visitors at radio station 103.5 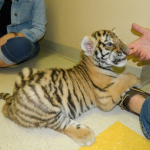 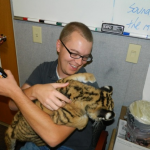 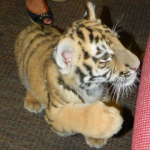 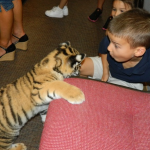 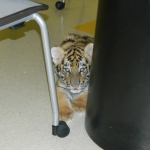 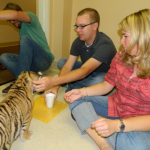 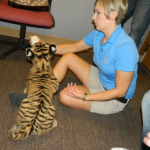 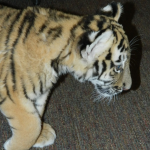 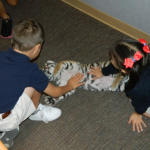 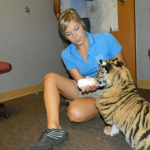 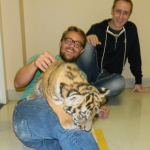 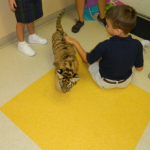 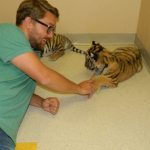 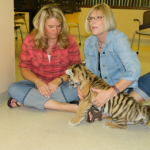 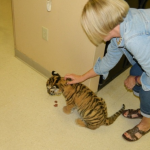 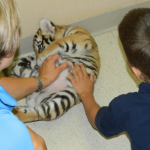 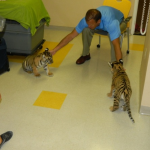 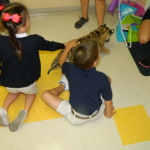 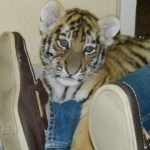 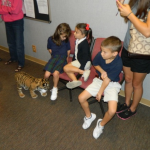 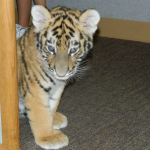 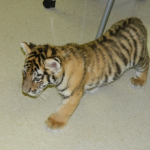 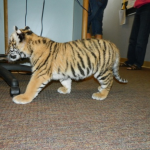 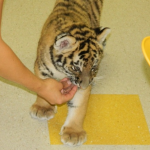 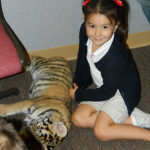 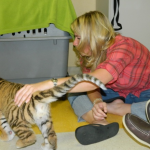 Born almost two weeks ago and weighing between 2 to 3 pounds at the time, the male cubs have been placed in intensive care at the zoo’s Animal Health Center after struggling with feeding, according to the Columbus Dispatch.

Fortunately, zoo officials have said the pair’s condition is improving.

“The tiger cubs are doing great, they are taking their bottles with vigor and gaining weight every day. Their eyes are just starting to open,” Dusty Lombardi, the zoo’s vice president of animal care and conservation told The Huffington Post Wednesday. “They have very different personalities: Cub number one is very timid and shy and sweet; cub number two knows what he wants and goes for it.”

Amur tigers (Panthera tigris altaica) — also referred to as Siberian tigers — are critically endangered, with fewer than 500 individuals living in the wild, according to National Geographic.

Threats to the species survival include habitat loss from intensive logging and poaching for skins and body parts used in traditional Chinese medicine, Digital Journal and Tigers In Crisis note.