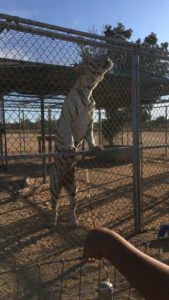 December 2017.  Based on the public information reported below, Hesperia Zoo appears to have repeatedly and continually shown contempt for the law, animal welfare, and public safety.

Like some other facilities that we view as exploiting wild cats, Stephanie Taunton’s Hesperia Zoo has changed its name and used multiple names, which is why it can be difficult to find information about them. Before 2007, they were called the Cinema Safari Zoo, and Taunton still rents out its exotic animals for movies and photo shoots under the name “Bow Wow Productions” or “All Animal Productions.”

In 2006, a 500-lb. tiger escaped from its enclosure at the Hesperia Zoo when employees failed to lock the cage during cleaning. Because the zoo did not have the proper equipment on hand to tranquilize a tiger, the animal was on the loose for hours, during which time he attacked a donkey. The zoo’s owners repeatedly refused to comment on the incident, stating that the zoo is “private property and the media is not welcome.”

In 2008, the zoo was fined $30,000 by the federal government for “willful violations” of the Animal Welfare Act and was temporarily disqualified from obtaining a USDA license. Note that this is almost unheard of, and only happens to the absolute worst of the worst facilities. The USDA docket for this ordered Taunton to immediately cease and desist from the following violations (among others): 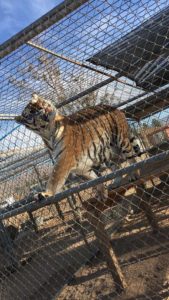 In 2014, Taunton was served with a lengthy formal complaint by the USDA for deliberately ignoring the cease and desist order, continuing to block inspectors from viewing the facility, continuing to house animals in dangerous or filthy enclosures, and failing to provide animals with veterinary care. In this document, the USDA threatens to permanently revoke Taunton’s exhibitors license, stating that “the gravity of the violations herein is great, and includes repeated noncompliance with the access, records, and identification Regulations, and failure to meet the minimum standards for veterinary care, housing, and husbandry. Respondent has not shown good faith.”

According to yet another docket, Taunton has ignored this complaint and as of last year is still trying to fight the USDA in court. Refusing to keep records of animals is a huge red flag for animal trafficking.

It’s also worth noting that Taunton’s legal troubles aren’t just with government inspectors — in 2011, she was served with a restraining order after making a “credible threat of violence” against Kele Young, the owner of another questionable private big cat zoo in Palm Springs. According to court documents,

“Young and Taunton were present at a hearing on September 2, 2011. Young stated Taunton called her and said, “Well, you fucked with the wrong people. You pissed off the wrong people.’ . . . `You think you’ve never had any problems out at your facility? Well, you wait and see what’s going to happen to you now, and you fucking wait and see what’s going to happen to all those fucking animals.” Taunton said she called Young and asked her why she was distributing the USDA’s inspection reports [on the Hesperia Zoo] to newspapers and colleagues. The trial court, Judge Steve Malone, concluded there was a credible threat of violence and issued a temporary order prohibiting Taunton from harassing, contacting, or coming within 100 yards of Young, her home, place of employment, vehicle, and the wildlife preserve.

On September 22, 2011, Commissioner Robert Fowler dismissed the matter without prejudice concluding Taunton had not been served. That same day, Young re-filed a request for an order to stop harassment. In her request, Young stated that on August 31, 2011, and September 20, 2011, Taunton and her associates made credible threats of violence via telephone and text message against her and the animals at her wildlife preserve. She also stated rattlesnakes had been set free on her property.”

We do not recommend supporting any facility with this kind of history when there are many better ones deserving of support.

Below are some photos taken by tourists at Hesperia Zoo: 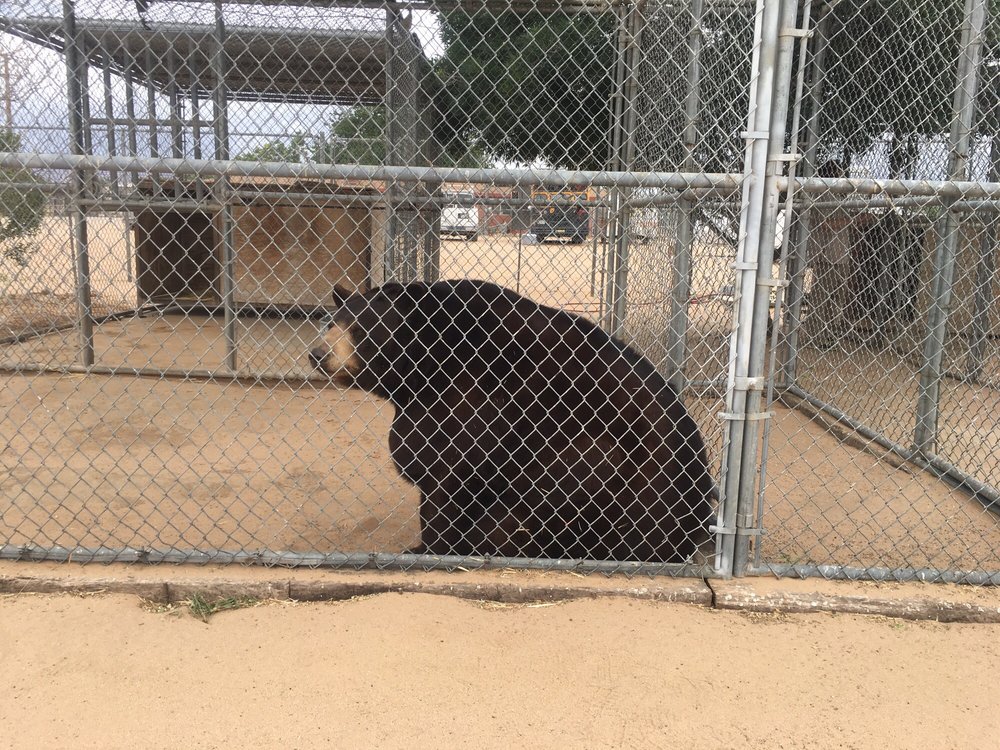 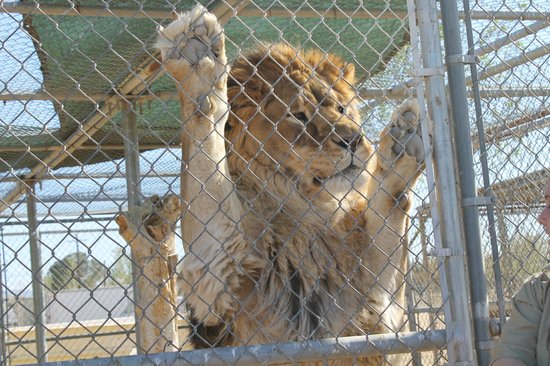 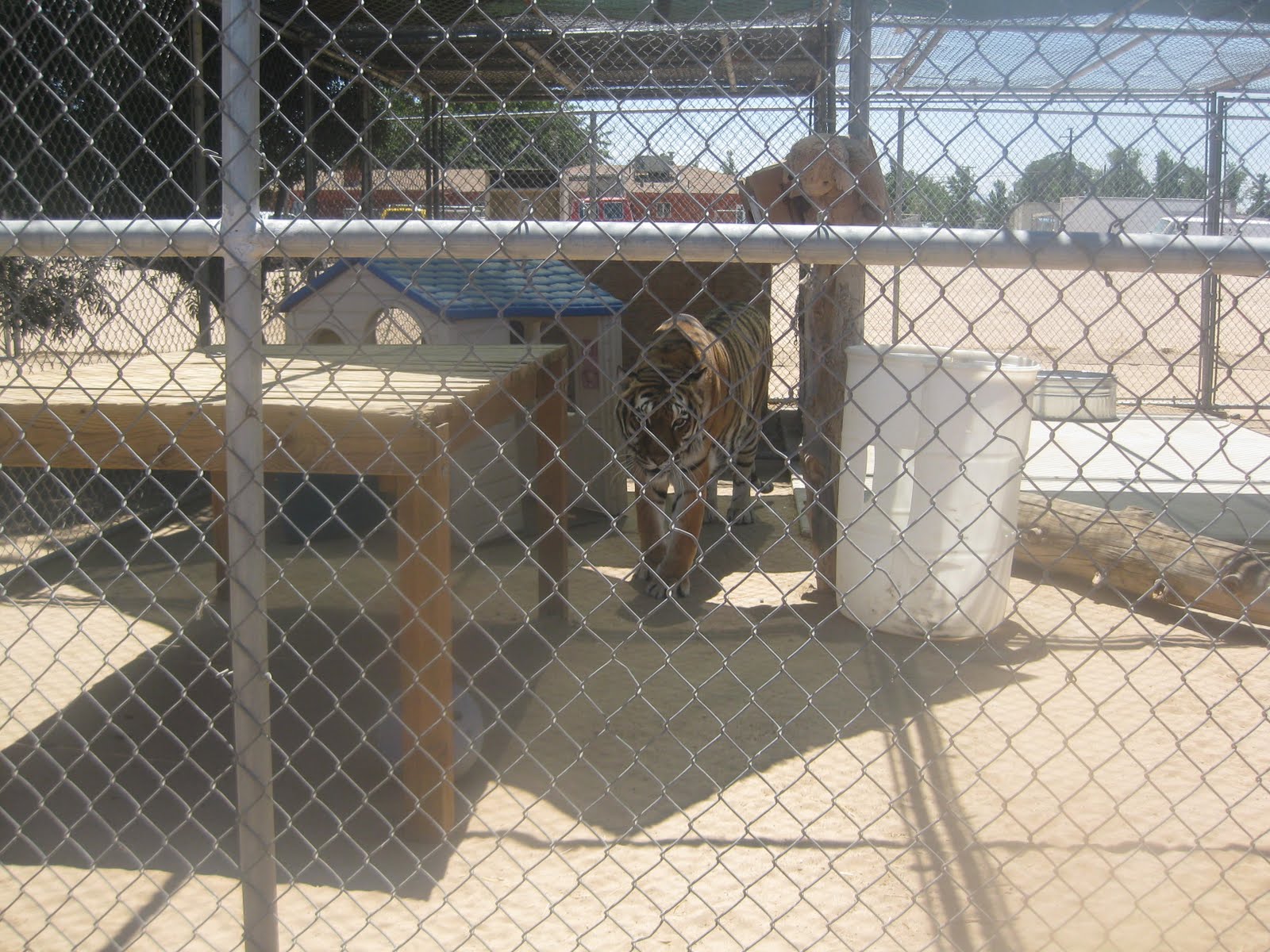 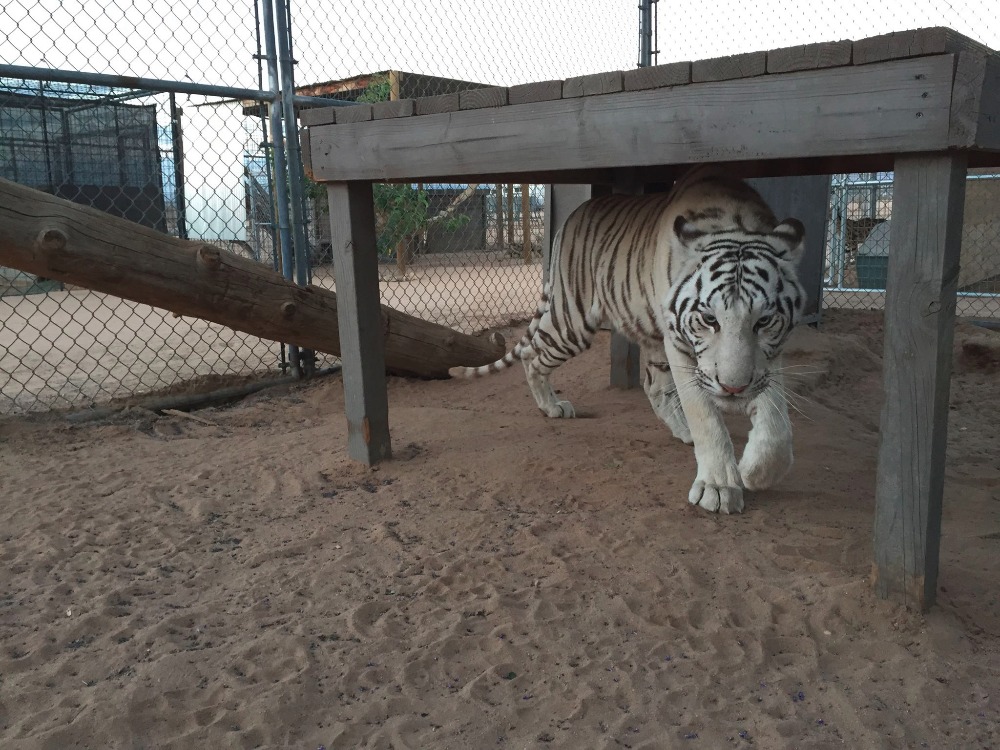