A man well known to Green Country has been accused of raping a minor. 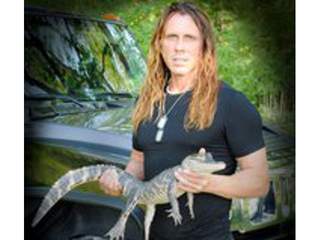 Joe Estes, or “Safari Joe”, turned himself in to the Mayes County Sheriff’s Office after being charged with one count of rape by instrumentation, two counts of lewd or indecent acts to a child under 16 and two counts of lewd molestation.

Authorities say the rape charge is related to an incident that happened in 2005 with a 10- or 11-year-old child. The other charges come from additional incidents occurring between 2005 and 2007.

Estes owns Safari Joe’s, an animal sanctuary located north of Adair. The sanctuary takes in “various exotic and local abused, neglected, and abandoned animals, like the big cats”, according to its website.

January 18, 2008 Mayes County, OK: The fire at Safari Joe’s Exotic Wildlife Refuge destroyed a large barn that housed big cats, monkeys, birds and reptiles. Joe Estes, who owns the refuge, says he was able to save some tigers and lions but at least two tigers housed on the property died in the flames along with about 100 other exotic animals.