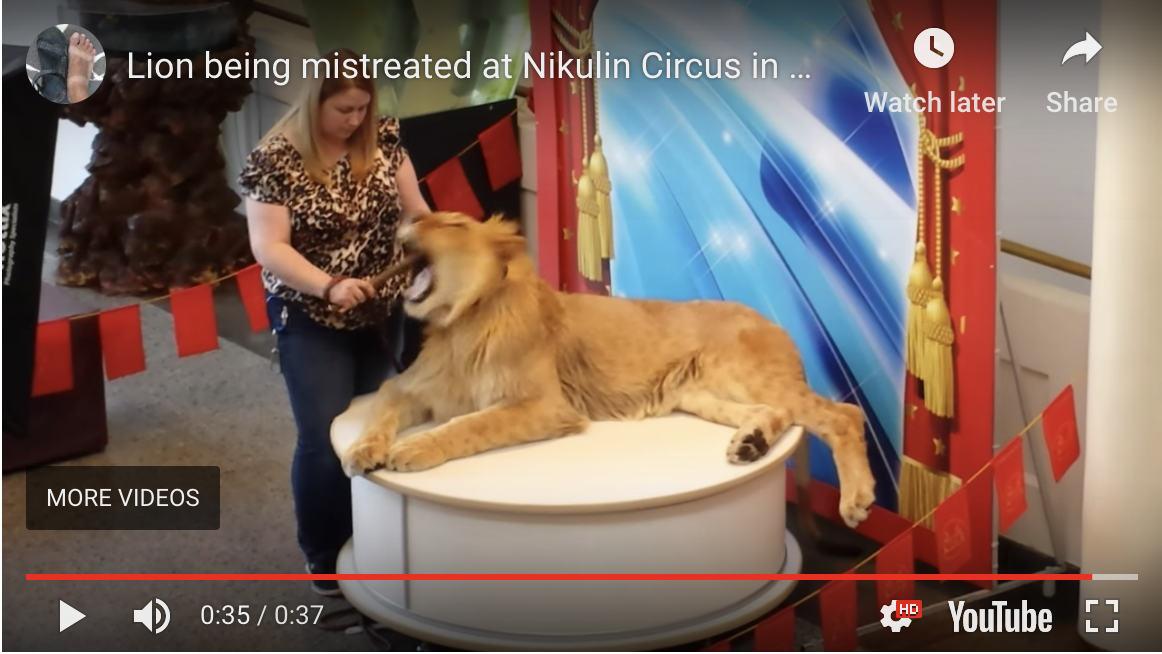 This video was taken in 2016 at the Nikulin Circus in Moscow, Russia. This circus is known for allowing the public to pay for novelty photos with their lions and tigers outside each performance — this video was taken in the photo booth area.  The New York Times wrote an article about this practice, and the circus, in 2013. Although Nikulin isn’t the only circus in Russia to sell big cat photo-ops, it definitely seems to be the most prominent. They were in the news previously when one of their tigers collapsed and started seizing during a performance and was dragged away by the tail while the crowd laughed.

Potentially more concerning is that Mikhael Zaretsky, the Nikulin big cat trainer interviewed in the New York Times article, is now fooling the internet into thinking that he runs a big cat “sanctuary” or “rescue” out of his mansion. He currently owns at least 9 tigers and is *constantly* uploading videos and photos of him foolishly treating them like pets on his Instagram account @mihail_tiger (sitting on top of them, petting them, giving them rides in his Rolls-Royce, etc.)

Posted on November 20, 2018 173
There is no excerpt because this is a protected post.
Read More
Tags: hunter,hunting
Abuse News Feed
Posted on April 16, 2012April 16, 2012 50 0
The mountain lion hunt that put California Fish and Game Commission President Daniel W. Richards in the center of a political firestorm has him...
Read More