STARKVILLE, Miss. (WTVA) — The Starkville Police Department says a man is now behind bars in connection with an exotic animals investigation. 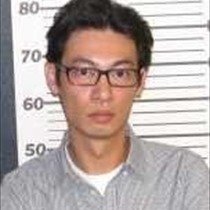 According to investigators, police arrested Huyanh Ralph Tran, 35, on Thursday, September 5.Tran resides in Starkville on Park Avenue, where a search warrant was issued on August 28.Officers responded to neighbors complaining of loud animal noises coming from the residence.Once inside the residence, investigators discovered a commercial exotic animal breeding farm with dozens of large constrictor snakes, African cats, rare frogs, parrots, macaws and other large birds. Tran turned himself in after two misdemeanor arrest warrants were issued charging him with violating public nuisance and safety as well as operating a commercial business in a residential area. Tran was served, processed and released after posting a cash bond of $1,000.Tran has complied with instructions made by police in the removal of the animals. Most of the animals have been safely removed and the remainder are currently in the process of being relocated.