USDA inspects licensed exhibitors on average a little less than once a year. East Coast has been inspected 9 times since 2009. During that time they were cited by USDA for 15 violations, in two reports for Repeat Violations, meaning they failed to correct the deficiencies that were previously cited.

The citations included deficiencies in their perimeter fence, their animal enclosure, their barn, acquiring animals from unlicensed individuals, sanitation, failure to have the required Program of Veterinary Care, and food not kept in a manner that would avoid contamination. There were no violations found on 6/8/16, the last inspection on record at the time of this update. You can view their inspection reports here: 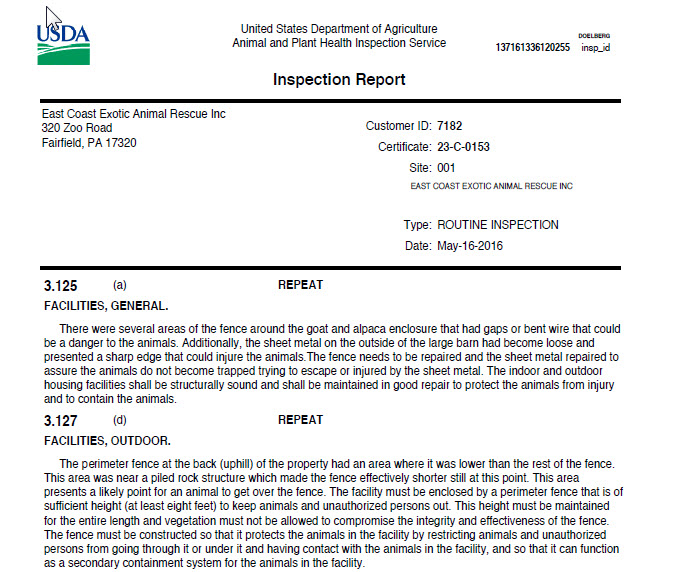 In 2014 a Capuchin monkey was rescued from a fire at the property and escaped from the temporary enclosure he was placed in but he was recovered.

As of September 2017 East Coast had on their Facebook page the following two photos.  One shows a person with a monkey around their neck. In our view this sends entire the wrong message – i.e. that these exotic animals make good pets.  The other shows a lion living in what appears to be a barren concrete floored enclosure, in our view a totally inappropriate floor for a big cat. 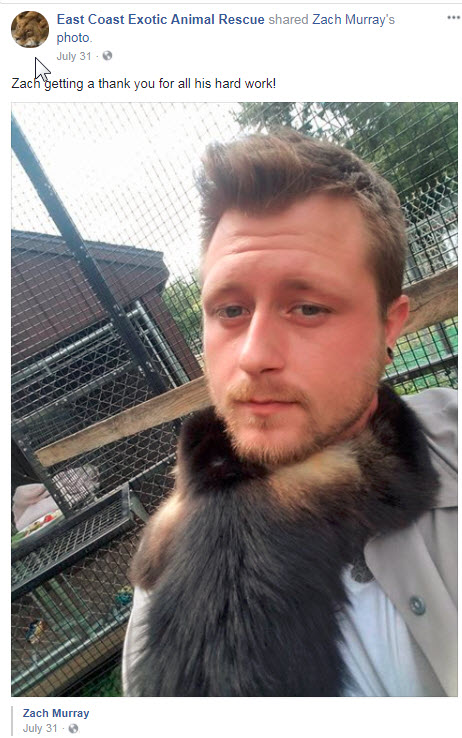 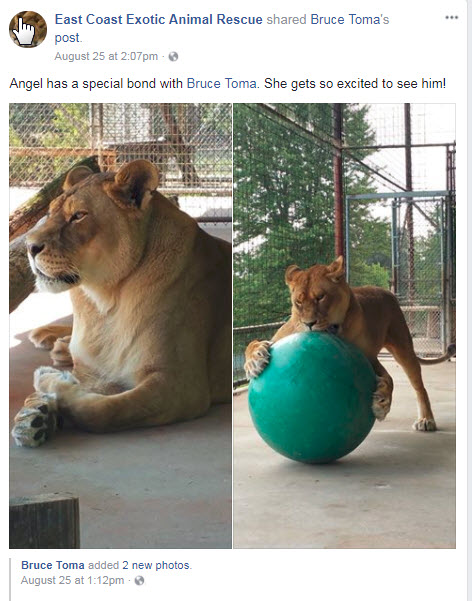 The information below was provided in 2011 by Social Service for Animal Welfare based in what their representative indicated was years of investigation:

East Coast Exotic Animal Rescue was formerly the Gettysburg Game Park, located at 320 Zoo Road, Fairfield, PA 17320, 9 miles southwest of Gettysburg, PA. off of Route 116. It started as an 85 acre private zoo and breeding facility, opening to the public in 1965. Suzanne Murray went to work for the previous owner in 1993 as a animal care taker. The Game Park closed in 1989 and did not re-open until 1995, with Suzanne & her sister Judy as Managers.

In 1998, with help from Suzanne’s father, Victor Tomich, with the down payment for the mortgage, they became the proud owners of the Game Park. Little did they know the problems that awaited them. Suzanne had to call upon her father a few times to help bail them out of some tight spots.

They applied for a Non-Profit license, which was granted in July of 2000, and became the East Coast Exotic Animal Rescue. No longer a private zoo, the Rescue is now a sanctuary for the unwanted exotic animals that previously had to be turned away due to lack of funds to support them properly.

After the Zanesville escapes and killings of 56 exotic animals, East Coast Exotic Animal Rescue posted on their main page “Contact your states represenative (sic) and demand a ban on breeding exotics then on selling them.”  This is the right message, but the photos below are from a former volunteer and are dated 2010 and they show the reckless behavior with big cats and large primates as well as poor living conditions.  Complaints have been filed with the USDA and the PA authorities, but it appears no action has been taken as of late 2011.

According to Social Service for Animal Welfare the following stories and photos were provided to them by a visitor who became disenchanted when they said they discovered the stories they were being told were not true: 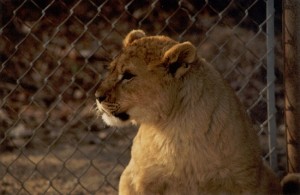 In regards to the Female Lions: “Nala and Angel”

What has been reported to SS4AW is: Agreement was made between Wilson Wild Animal Park, Winchester, VA to trade TORTOISES for two female lion cubs. Lion cubs were received at East Coast Exotic, however tortoises were never traded to the other person. However, ss4aw has photos of the lionesses as cubs ON the East Coast Property and there are two Sulcata Tortoises on the property (better known as Slow Poke and Shelly). Interestingly enough, THESE two have made up stories as well! It was reported during a tour that the tortoises were bought at a pet store by a dad looking for a box turtle for his daughter. It was further explained that they bought TWO thinking the box turtles could keep each other company, only to find out as they grew that they were NOT box turtles at all, so the father called the rescue to see if they would take them. During the tour it was said, “This goes to show that you shouldn’t buy anything from a pet store, even the employees don’t know what they are selling” Guess it’s safe to assume that the reason the tortoises were never handed over and the ‘trade agreement’ was breached was due to the fact that they are STILL ON THE EAST COAST PROPERTY. 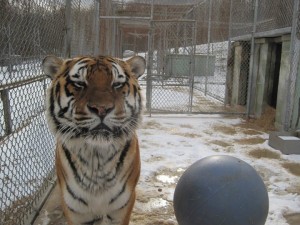 In regards to Roscoe (Siberian Tiger)

*What East Coast Exotic will tell you is Roscoe was owned by someone in a local town (Dillsburg, PA) He was chained to a dog box under a car port. The authorities were alerted by a neighbor who reported a tiger in the neighbor’s yard. The tiger was taken into custody and rescued by East Coast Exotic

ss4aw had checked into this story and cannot find ONE instance of a tiger in a back yard being reported to police, upon further investigating a web page showed a photo of owner Suzanne Murray with a tiger cub, in a pen. The picture was taken at a place which was clearly NOT East Coast Exotic, but the cub IN the photo can be identified as Roscoe via his head stripes. At this point, all avenues point to this tiger being purchased, not rescued

*East Coast Exotic will tell you that she was rescued from a divorce situation. When the couple split up, neither were able to take possession of the Cougar.

While no one is clear on the truth behind the Cougar, there have been snippets of information SS4AW has received suggesting, this was not the case. One of the stories associated with Tweet is that she was being hidden on the property in a trailer for quite some time before being allowed to be put on display.

According to investigations, this Lemur was bought from Lake Tobias to give the older female Lemur “some company”

*Gigi, according to folks who were on a tour of East Coast Exotic, was brought in to the rescue after being caught by someone fishing at a local lake. The story continued that someone, more then likely bought it as a baby, then when it became too large, was dropped off at the lake.”

SS4AW found a newspaper article in which an alligator had escaped from East Coast Exotic, not once, but twice. First time, the Alligator (which was listed as “Billy the Kid”) ended up at someone farm. It was captured and returned to East Coast Exotic. The second escape, the gator ended up at a local park and was SITTING BY A LAKE, was captured and taken back to East Coast Exotic. Is it a coincidence that the name of the alligator is different (and conveniently now it’s a female) but the story of another irresponsible person making bad choices in buying an exotic was developed. After all, they ARE a ‘rescue’ Here is the link to read the newspaper article. And just to add one thing. SS4AW recently learned that this Alligator was left outside last winter. Pennsylvania was hit with a few major snow storms and this Alligator was ultimately suffocated under the snow.

This was the report that came with the photos.  “these pictures the one is from inside the area where all the birds and some monkeys..The place is never cleaned with junk,chemicals etc,,,the monkey en-closer is filled with mold and where the food is prepared is full of mold and mildewed and never sanitized. One is of the unfinshed top monkey house most of the grounds are just like this..The darken one with a monkey ,,,this is the top monkey house this is where monkeys continue to breed no stop for years..this place is washed out everyday,but never sanitized or properly cleaned and food is dumped on the wet floor for the monkeys to eat…Oh there is more,,,,Just picture the animals in Davey FL and its almost as bad” 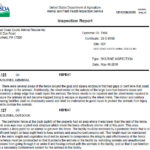 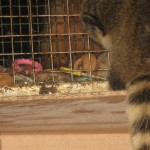 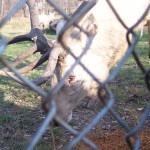 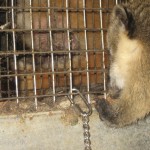 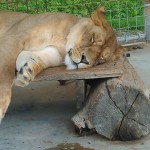 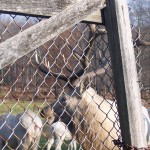 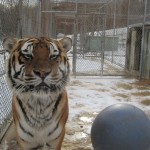 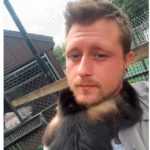 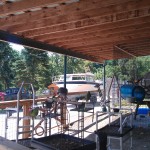 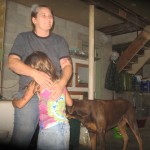 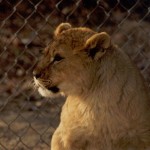 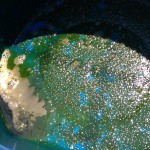 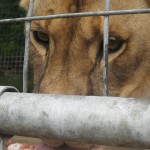 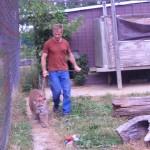 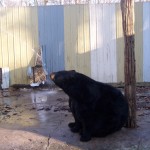 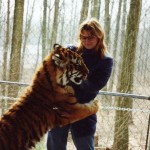 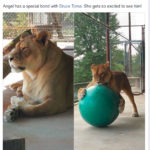 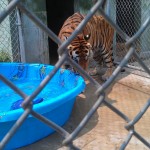 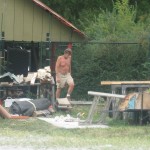 The reporter went on to say, “these show before one of the monkeys escaped and how the animals are allowed around paint cans and to roam around,,,also the baby monkey was taken in 2009,one was born in 2010 and this year she had one,,is is allowed to continue to breed..These monkeys are not only leaving among brothers and sisters but also live in filthy and unsanitary  conditions.  the one picture of the lioness was a oops picture,,also the monkey in this picture back in Aug 2011 attack a 16 yr old volunteer ,,,everything then was quickly hush hush.  Here are some of the bear and elk with holes in the fence,,the coatimundi is one of the ones inside,and her cage is full of mold spots and is not properly cleaned.”

The following is a better description of the photos above.  The last part of the image description should match these ID#s.

Image 025: Owner with Tiger Cub which according to her, was rescued from “private ownership” in which the cub was chained to a dog box on a car port?  This doesn’t look like a back yard nor is it chained to anything and this photo wasn’t taken at the rescue.

Image 144:  Capuchin (out of enclosure) sitting next to a rusted paint can

Image 106: Capuchin (out of enclosure) chewing on plastic container

Image 19: A photo of the feces on pole inside the Capuchin Monkey pen

Image 23: You can see the mold on the wall of the tiger “den”

Image 38: Inside Capuchin Monkey house.  Cold, wet, and food all over the floor

Image 39: One of the new babies (see snack wrapper stuck in the wire mesh behind the baby)

Image 007: Alligator in an enclosure.  Too small and FYI we’ve gotten word this Alligator was left outside last winter to deal with a terrible blizzard in Pennsylvania.  Ultimately she sufficated under the snow and died.

Image 94: shows a day of “open to public” more Junk being added to the debris at the place..

Image 0138: Shows the filth between Coatimundi and Capuchin pens

Image 0140: Another picture of the filth between the Coatimundi and Capuchin area pens

Image 347: Photo of ripped metal inside the Bear compound

Image 353:  Elk residing on the property (a few years back, some elk had actually broke out and were running up the street. They had to be shot and killed) Notice the open gap at gate (can we look forward to future break outs?)

Image 0364:  Capuchin monkey left to run around in the area where food is prepared
Image 0365:  THIS is the food prep area for ALL the animals.  (Primates, and Big Cats)

Image 345:  You can clearly see the busted cement in the bear compound

This photo shows a water bucket inside the cougar pen.  Empty and filled with mold