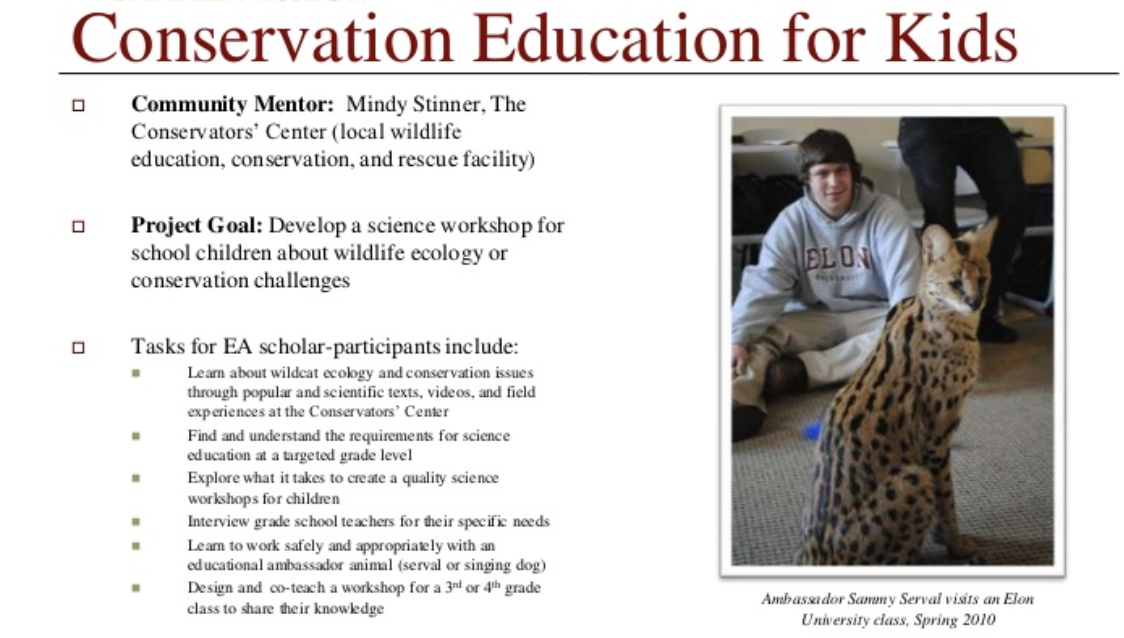 The Conservator Center was founded by Mindy Stinner and Douglas Evans in 1999. The Caswell County facility opened in 2001. They claim to have started out as a sanctuary but changed models to be a roadside zoo. Some say it is so they can obtain surplus and cast off animals from AZA zoos who never want the public to think their animals have been rescued from them.

On Dec 30, 2018 Alexandra Black, a 22 year old intern lost her life after being killed by a lion. She had only worked there for 10 days. These articles do a great job of describing the grisly scene.

Mia and the White Lion