in Clarendon, Pennsylvania is owned by John and Pamela Pape

A recent federal inspection revealed that the roadside zoo didn’t even bother to call a veterinarian for multiple animals in poor condition, including a bobcat so thin that his bones were protruding, an otter who was unsteady and apparently unable to swim, and another bobcat who had a noticeable head-tilt, full-body trembling, and a malformed leg.  Help PETA put an end to the suffering there:  https://support.peta.org/page/31594/action/1

More about the conditions at Wild Woods Animal Park

2012 Report on Wild Woods Animal Park owned by John and Pamela Pape.  These people were known to trade with Joe Exotic Schreibvogel of GW Zoo.  This nature park started out as a good idea, but the images below show small, barren cages.  In the USDA inspection below it is apparent that they were keeping a tiger in a crate that wasn’t large enough for him to move around.  Their census with USDA shows three tigers but there are no photos of the tigers on their website.

In images that others have provided they have shown Sophia the white tiger and Geno the tiger, but none can be found of Gabby the tiger that came from Joe Schreibvogel’s GW Exotic Animal breeding compound. 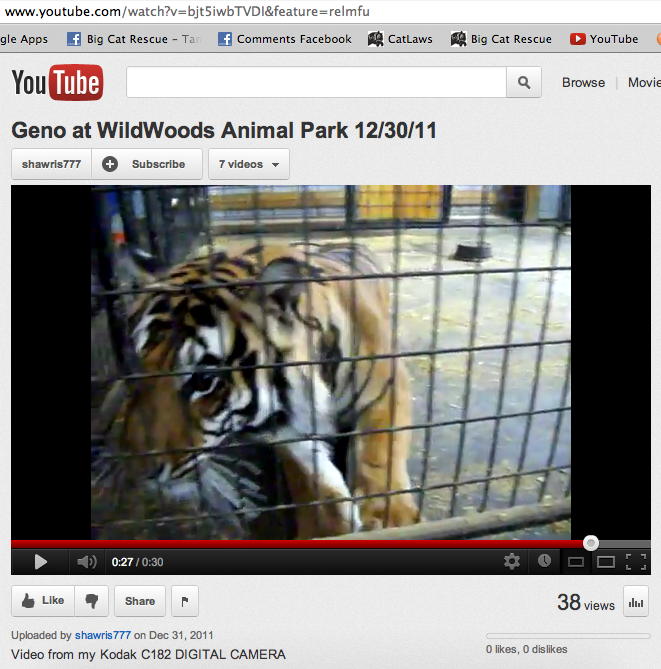 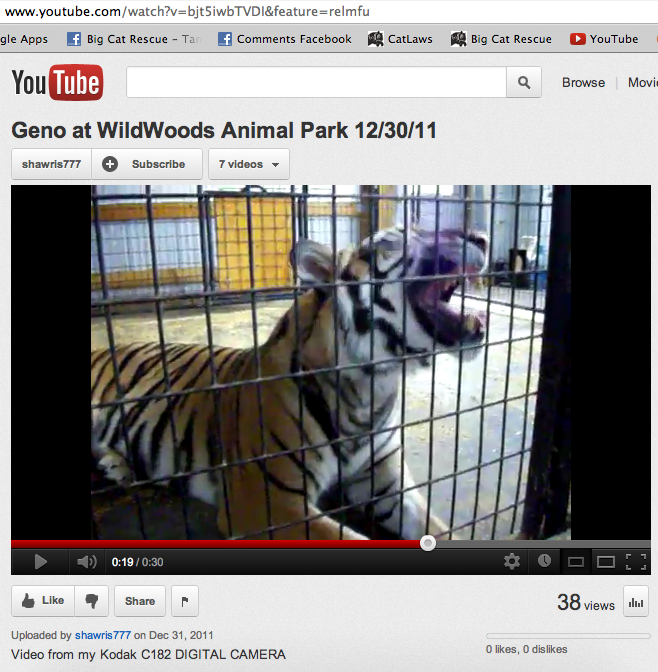 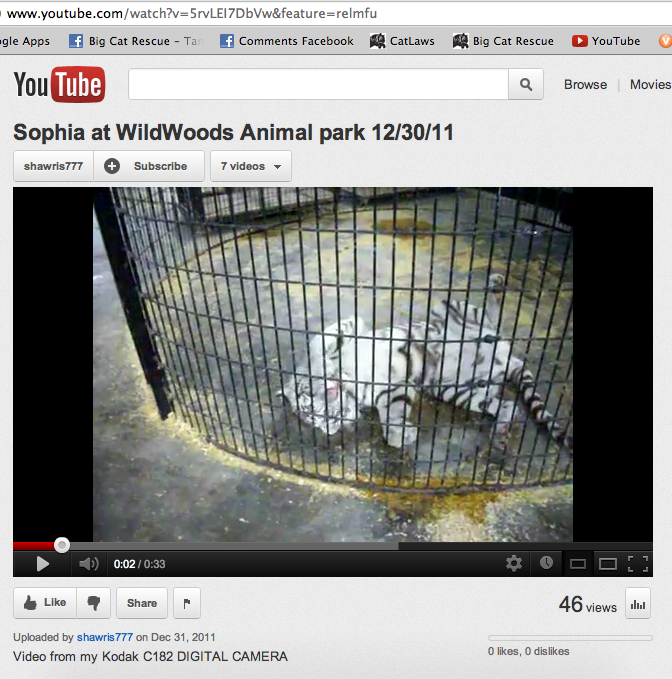