This was the last straw. For many years we gave Susan Steffens, founder of Tigers for Tomorrow a pass because even though her facility was not accredited, and she’s never been interested in ending abuse by supporting the Big Cat Public Safety Act, we didn’t think she was actively causing harm to big cats. After seeing the way we think she mislead Animal Defenders International, and the public about rescuing circus tigers in Guatemala we were extremely disappointed. Then we saw this article and feel that not only is she not helping big cats but is actively causing them harm by enabling backyard breeders and exploiters like Bhagavan Antle.

Tigers For Tomorrow animal preserve has added two Bengal tiger cubs, Amala and Creed, according to a news release. The cubs will be living in Chateau Beauregard while they grow up.

According to the release, Tigers for Tomorrow decided to re-home the cubs from Myrtle Beach Safari in South Carolina “after losing some of our old-timers.” Executive Director Susan Steffens said, “It is good to have some young, new energy in the preserve.”

In 2018 when Animal Defenders International (ADI) was considering the rescue of all of the circus lions and tigers in Guatemala they reached out to sanctuaries and said they were stretched to the limit of their finances because they were having to build their own sanctuary in South Africa after being disappointed in the management of some of the sanctuaries where they had placed previous circus cats they had freed in foreign countries. ADI said the only way they could take on the expense of rescuing dozens of cats in Guatemala would be if sanctuaries would pledge to take as many cats as they could afford AND pay for their care while they were in the temporary camp waiting for export and import permits (which typically take a year or more). ADI was very upfront with everyone about how long it could take and how costly it would be.

Big Cat Rescue agreed to take three tigers and pay for their interim care. Tigers for Tomorrow said they would take 8 tigers. No other sanctuary was willing to help care for any of the lions or tigers during their year of paperwork, but ADI felt that with 11 of the cats being provided for, they could stretch their fundraising limits to get all of the circus tigers out. After only a couple of months, when Susan Steffans learned the tigers had been fixed so they couldn’t breed if stolen during the waiting period, not only did she stop funding the rescue of her 8 cats, but also demanded her money back according to others more informed about the transaction.

We were told she also tried to have the Guatemalan authorities hand over the tigers to Antigua Exotic who seem to have wanted U.S. charities to fund them building a zoo they would stock with these tigers. They too had a fit over the tigers being sterilized, which would indicate that both were hoping to use the tigers for breeding more cats for life in cages.

When it became clear that the Guatemalan government was going to do no such thing, Susan Steffens shows up in the news with cub pimping cast offs from Myrtle Beach Safari. The washed out colors of the cats are signature colors created through inbreeding by Antle in Myrtle Beach. He used to dump cubs at Serenity Springs and G.W. Zoo but those are no longer viable options. When places like Tigers for Tomorrow take in these unwanted cubs, they make it financially feasible for the abuse of speed breeding and exploiting cubs for pay to play.

Shockingly, a year after pulling out of the Guatemala circus tiger deal we found that Susan Steffens still had a fundraising page up soliciting donations to help with the rescue of the circus tigers from Guatemala. On November 25, 2019, when it was discovered, Steffens was asked to take the page down and it was made clear to her by Big Cat Rescue founder, Carole Baskin, that her behavior in both of these situations was not how sanctuaries should behave.

When Big Cat Rescue asked Susan Steffens to help promote the Big Cat Public Safety Act she declined saying that she doesn’t want to see a world where her grandchildren can’t see tigers in cages. Is that the kind of world you want? I can assure you it’s not the life a tiger would choose. 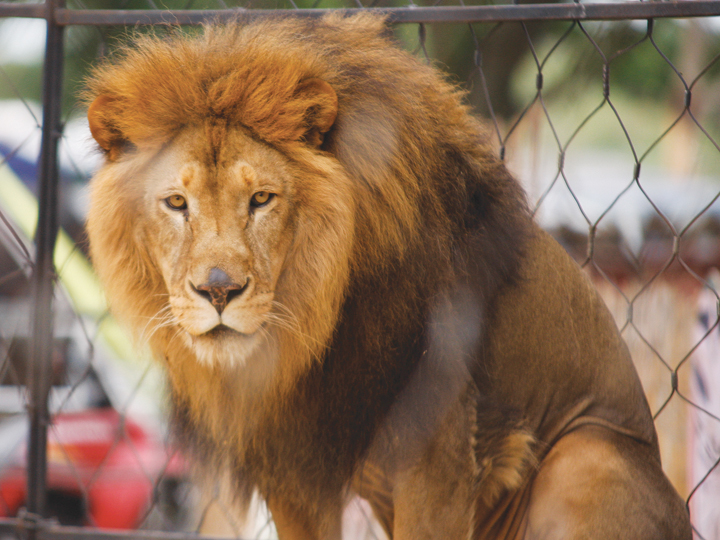 When you subscribe, we'll send you the latest news about Big Cats